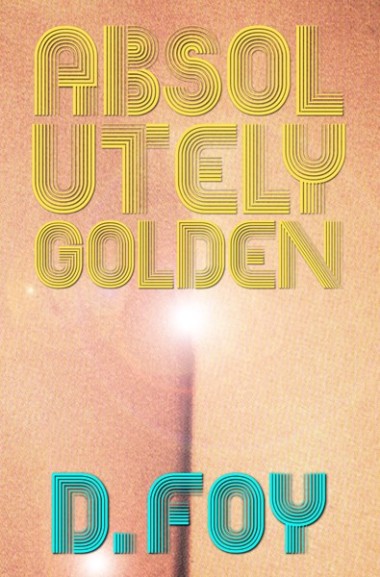 It’s 1973, and a thirty-something widow has been cajoled by a young hippie parasite into financing their vacation to a nudist colony in the Northern California mountains. The night before their departure, however, she arrives home to learn that she and this man will be accompanied by the stripper on his lap. At Camp Freedom Lake, the trio meet a womanizing evangelist, a bumbling Zen gardener, and a pair of aging drug-addled swingers from Holland. Together, they’re catapulted through one improbable event after the other, each stranger than the last, until finally the woman who was dominated by her fear of past and future finds herself reveling in the great here and now.

Best of all, Foy tells his story in the guise of a woman obsessed with the notion that she’ll never find another man until she’s rid of what she believes to be a mysterious curse. As if written in the marriage of Vladimir Nabokov, Renata Adler, and Anaïs Nin, her words transport us from doubt, despair, and dread into states of increasing wonder and euphoria.

The Abridged History of Rainfall is a finalist for the National Book Award.
Jay Hopler’s second collection, a mourning song for his father, is an elegy of uproar, a careening hymn to disaster and its aftermath. In lyric poems by turns droll and desolate, Hopler documents the struggle to live in the face of great loss, a task that sends him ranging through Florida’s torrid subtropics, the mountains of the American West, the streets of Rome, and the Umbrian countryside. Vivid, dynamic, unrestrained: The Abridged History of Rainfall is a festival of glowing saints and fighting cocks, of firebombs and birdsong.