(This is the second installment of a series, previously titled Notes of a Miserable Fuck. Click here for the first part.)

I’m never more conscious of my financial situation than when I consider my family. My parents–and, by extension, my siblings and I–were poor, yet our life was no better or worse than my life now. And my wife’s life. And our kids’ lives. And, in that respect, I feel as if I’m failing them.

As a kid, I went to Las Vegas two or three times, we went to theme parks in Ohio and visited Chicago a few times. My father owned a boat when I was a child and we’d take it onto Lake Michigan and spend hours cruising around.

I can’t share those or similar experiences with my kids. We haven’t flown on airplanes–I 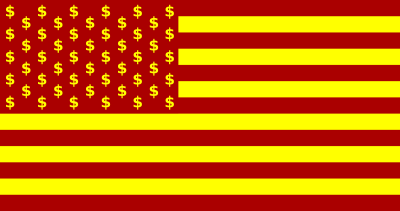 haven’t been on one since I was ten years old–or cruised Lake Michigan or spent time in Chicago. We don’t go shopping for anything other than necessities, we don’t go to amusement parks or engage in overtly capitalist notions of fun. Part of me doesn’t mind. The anti-capitalist part of me thinks it’s probably not a bad thing. But the kid in me, the sentimental fool with thousands of sentimental memories, regrets and resents it. As foolish and trivial as that may sound, it’s the truth.

I decided to cut short my vacation. Having worked ten years at the same job, I’d felt I’d earned and deserved a break. A selfish act: by dropping out of the world of work, I slowly plunged my family into a worse situation. Money was tight, food was cheap and basic, and life’s adventures contracted. We were in a precarious situation. Always poor, we were now impoverished, and I had to change that. I had to take steps to alter our situation.  END_OF_DOCUMENT_TOKEN_TO_BE_REPLACED