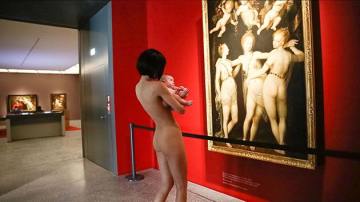 You could argue that every art movement since the mid-to-late nineteenth century is either predicated on or incorporates some sense of perversion. If we use “perversion” is the sense of an unorthodox approach, then modern art is explicitly founded on it. Institutions dictated what constituted art—and they did so with an iron fist: you could only paint in a studio, not outdoors; you had to hide your brushstrokes; you could only depict historical or didactic scenes or imagery, and so on. Institutions dictated style and form and, to a degree, content. END_OF_DOCUMENT_TOKEN_TO_BE_REPLACED