Bipolar mania cranks my libido to eleven. When I’m manic, I want fuck all the time. It’s crude, I know, but there’s no pretty or poetic way to phrase it: mania inspires a more or less constant hard-on.

Fortunately, my wife’s libido matched mine, and we’d eagerly wait for the kids to go to sleep and leap into our room and fuck like insane rabbits. It was sometimes beautiful, sometimes raw and perverse, but it was real and honest and primordial.

We had sex seven days a week, sometimes two or more times a day. It was beyond amazing. Then the pills hit me. I forgot to mention the doctor prescribed me Trazadone in addition to Klonopin and Lamictal. Those pills killed my sex drive. I don’t know if it was a combination of the three or one in particular, but once I’d started my regime, my desire to have sex plummeted.When we did have sex, I found it difficult to climax. Cumming becomes a chore on those fucking pills. And so does squeezing into clothes: I gained forty pounds within a few months of starting my meds.

For a while, especially in the beginning, I developed an insatiable appetite. I ate junk food and I ate it constantly.

and self-esteem. I felt worthless, a bum. And it affected my wife, too: she felt she was at fault for our lack of sex. She insisted that she had gained weight and wondered aloud if I was still attracted to her. Of course, I was. But those fucking pills had rewired my brain, and an intense sex drive had somehow found itself disconnected from the mainframe.

I only thought about dropping my meds. The thought of breaking down, of watching helplessly as the world around darkened and as I slipped into myself shook me. The pills worked. Sort of. They didn’t cure me but they lessened the blow of my anxiety and they dialed down the intensity of my mania. But they zombified me at times. And they affected my writing. In fact, I didn’t write at all. I didn’t even read. This turn of events affected me as deeply as my plummeting sex drive.

I had long defined myself as a writer. What kind of writer doesn’t write? Kafka warned that a writer who doesn’t write was courting monsters, Hemingway said he felt he committed a sin every day he didn’t write—and I understood what they meant.

The author, by Kelly Kyv

Every day, I courted monsters.

Every day, I sinned.

You don’t realize your sense of self has shifted until you’re reminded of old habits or passions. Then you feel lost. Completely and utterly lost.

I create a LinkedIn account and present myself as a professional. But it’s my kind of site. It’s like Weber’s iron cage in digital form or a Kafkaesque Facebook. Yet I play the game, try to network, apply for job on the site.

Panic defines me. I check my unemployment balance: it’s low, dangerously low. Images of homelessness dance in my head. Fuck fuck fuck. I need to fill out more applications—ten, twenty, fifty a day. Fuck fuck fuck. Maybe my phone isn’t working. Or what if someone hacked my email and that’s why I’m not receiving any. Fuck fuck fuck.

I followed this routine for weeks.

Erratic spending is a facet of bipolar mania few people discuss. Most popular portrayals of bipolar disorder get the disease entirely wrong—the American version of Shameless seemed to have confused it with something closer to schizophrenia. Six Feet Under, the HBO series, is the only portrayal I’ve seen of the disorder with any merit. Specifically, it shows reckless spending and carelessness with money while in the throes of a manic state.

My mania inspired rounds of reckless and irresponsible spending, actions and habits

that bankrupted us. We struggled because I spent money indiscriminately or without concern for the future.

The meds tempered my desire to spend but it didn’t destroy it. Years of spending recklessly transformed into a habit. Even with the meds helping me, I experienced the desire to spend, spend, spend. And I fought it. We were poor and broke and even though I wanted to spend money, I couldn’t. When I’d come into an extra twenty dollars, say, I still had to resist the urge to blow it.

Unemployment and my destructive habits took a toll on our finances, our situation, our marriage. Sometimes I fought those urges and succeeded. At other times, I failed. And for every dollar we didn’t have for rent, the strain on my relationship with my wife increased. Yet at times I still lost the battle and blew money.

We’re poor with no savings, bad credit, no credit cards, no one from whom to borrow money in bad situations—and at times I feel fucked. At times a sense of doom devours me.

Sometimes I think people who say life is fun are full of shit. 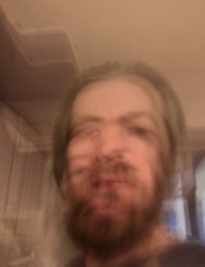