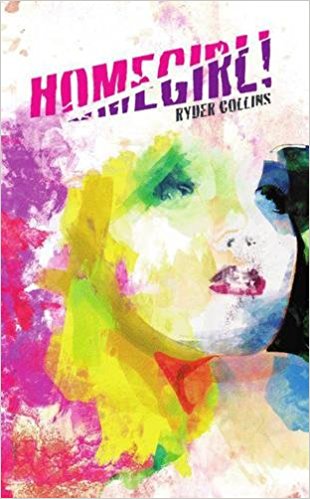 Of all her boyfriends or pseudo-boyfriends or even friends, Homegirl liked to hang at Punkboy’s house the most. For a dirty punk rock boy covered in tatts who didn’t like deodorant and who could smell either surprisingly sexy or really really bad when sweaty, Punkboy’s house was extremely well-maintained. Punkboy’s dirty little secret was that he was a domestic punk rocker; he didn’t let many people over. If he was stoned/drunk enough, though, he’d make Homegirl breakfast or even every now and then a late dinner. She’d watch him cook and wish she had a long flowy gauzy skirt on so she could re-enact that scene from Sid and Nancy.

She wanted to die fucking; it had to be the only way to go.

One night Punkboy and she’d come back to his house from the dive bar; Punkboy lived conveniently down the street and didn’t drive at all, didn’t even have a license and got around on fixies and skateboards and his own two feet, so it was also good for Homegirl cos then she didn’t have to drive drunk; although she’d drive drunk if there was even the hint of a hard cock at the end. She’d sat at his 50s resale formica kitchen table as he made some primavera with fresh veggies even. He served it with tallboys of PBR, of course, and they ate it all up, smacking drunkenly.

Usually, Homegirl tried very hard not to eat around people she was fucking or even people she was fucking attracted to. She felt like it took some of her mystery away. Made her more real and less desirable. It made her vulnerable, more vulnerable than giving head, which also made her feel vulnerable and self-conscious like mama was on stage, and she’d hide this by deep-throating any guy she wanted and some she didn’t. Homegirl also didn’t like to eat in public. She didn’t care around Punkboy; she felt like she could do pretty much anything around him. She even let him watch her shit every now and then. It turned him on. He liked to give rim jobs.

After the primavera, Punkboy’d served cheesecake with cherry pie filling on top. Cos Homegirl was still so drunk, she tipped the plate onto herself as she tried to grab it from Punkboy’s tattoed hands. She was always always turned on by tattoed hands, but you’ve probably all guessed that already. She wiped the cake off with the paper towel she’d used as a napkin. Then she got up, clutching her stomach over the big red stain.

I’m dying; they got me, she kept saying and giggling. She thought it was pretty fucking hi-larious. She backed herself up against the wall and slid down it. Avenge me, she gasped and then convulsed, long legs splayed out in a vee.

Punkboy stared into her vee, snorted and then said, If you’re dead, I get the last PBR.

Homegirl got her ass up right quick and said, I’ll fight ya for it. Then they were wrestling and you know what drunken wrestling often leads to.

At least I hope you do.

& if you don’t, I feel sorry for you, that you’ve lived a life so far and you’re getting older older older and never engaged in drunken wrestling or, worse, the glimmer of drunken wrestling’s never even shone in your eye. That no punker’s let you into their home and made you drunken pasta or sexted you or rubbed you raw with tatted fingers. That you’ve never smelled food service sweat and got turned on or that you never wanted to wear gauze or be around someone wearing guaze ironically or that you’ve never grabbed and tousled and then licked that food service sex sweat away all night into morning and back into the darkness again. 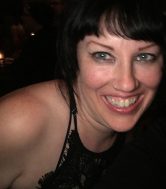 Ryder Collins is a big Northern girl who goes down. Her fave word is hairshirt. Sometimes she thinks many thinking things about hairshirts; other times men in attics wearing hairshirts turn her on, especially if they whisper self-flagellation. Her writing stuffs can be found here.