H.R. Boldwood is a writer of horror and speculative fiction. In another incarnation, Boldwood is a Pushcart Prize nominee and was awarded the 2009 Bilbo Award for creative writing by Thomas More College. Publication credits include Killing it Softly, Short Story America, Bete Noir, Everyday Fiction, Toys in the Attic, Floppy Shoes Apocalypse II, Pilcrow and Dagger, and Sirens Call.

Boldwood’s characters are often disreputable and not to be trusted. They are kicked to the curb at every conceivable opportunity. No responsibility is taken by this author for the dastardly and sometimes criminal acts committed by this ragtag group of miscreants.

Tell us about yourself: when did you start writing?

I write literary fiction under my given name and horror under the byline H.R. Boldwood.

I live in Mason, Ohio with my husband, Pete, and a black lab named Poe. I have 2 sons, and 2 and ½ gorgeous granddaughters Isabelle and Ava, (and a player to be named later!)

I began writing in the seventh grade when my English teacher asked our class to write a short story on any topic. Of course, I wrote a horror story! It was titled The Reincarnation of Sir Thomas More. My teacher gave me an A+ and was so taken with the story that he sent it to a college professor at Northwestern University.

What drew you to horror? 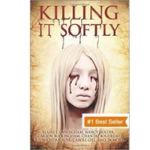 It must be in my blood. I can remember watching some really old horror movies when I was a young kid that absolutely terrified me. The Screaming Skull, The House on Haunted Hill, and Burnt Offerings, for example. It didn’t even matter that in The House on Haunted Hill, I could see the string that held the skeleton up over the acid bath. My best friend and I would watch these movies and cover our eyes at the scary parts. We just couldn’t resist. Then The Exorcist came along. I bet I’ve watched that movie five or six times as an adult and I still can’t watch the last fifteen minutes of it. Freaks me out every time.

Writing horror is a bit cathartic. When I write, I am in control of every horrifying situation my mind can create. I dictate who lives, who dies, and how the scenes play out. These stories are one of the few things in life I actually have control over. I think that’s the same reason people read horror. They can control “the ugly.”

I see so many disparate kinds of books lumped in under the horror genre. Some of them don’t even share similarities. It’s hard to wrap my head around what constitutes the genre. How do you define “horror?”

I’m with you, Daulton! I think the reason the horror genre is so expansive is that what horrifies one person may not frighten another. There’s a massive body of slipstream horror out there. That makes perfect sense to me, because all manner of people, issues, places, and things can be frightening in the right context. Just because a story might fit, for example, in the science fiction genre, doesn’t mean it isn’t horrific. Even urban fantasy embraces elements of horror. What isn’t horror? If a story isn’t disconcerting, or unsettling, or downright frightening, it doesn’t fall into my own definition of horror.

Is gore a necessary component to the genre? 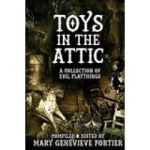 No, not in my opinion. There’s nothing wrong with a bit of well-placed gore, but relying on blood and guts to elicit a response from your reader is a bit of a cheap trick. The old masters, for example Poe and M.R. James, used mystery and mood to create that unsettling, fearful feeling I associate with good horror. Here’s a great example of well-used gore. Lisa Morton’s short story, Larue’s Dime Museum boasts a character named Mr. Inside-Out whose organs are on the outside of his body. I read that story months ago and I still can’t get that image out of my head! Gore is like spicy food. Some folks like it hot, some in moderation, and others not at all. Most of my stories are light to moderate on gore; however, I do have a killer clown character, Mister Weasels, who does his best to satisfy readers who hunger, nay, thirst for blood. I try to write a little something for everyone.

Do you think horror has the potential to produce meaningful social or political commentary?

Absolutely! All of the world’s problems: poverty, illness, violence, and extremism make wonderful fodder for horror. These are the very issues that keep us awake at night because they evoke fear. Advances in science create morality issues every day. There is a fantastic line from Jurassic Park wherein Dr. Malcom, referencing the dinosaurs, poses the question: “Your scientists were so preoccupied with whether or not they could, they didn’t stop to think if they should.” As our world evolves, so do new avenues for horror.

Who are some writers and books–or even directors and films–that have influenced you?

Shakespeare, Poe, M.R. James, Ambrose Bierce, Lovecraft, Stephen King, and Dean Koontz, to name a few. I often use an archaic voice in my work because I learned a love of language from the masters. Movies like Jurassic Park, The Island of Dr. Moreau, and Coma got me thinking about morality in science and medicine.

I loved the new remake of the movie It. And while I loved book version of The Shining, I cannot say the same about the movie.

There are too many movies and books to mention. But those are among my favorites.

What are you currently reading?

I recently finished Josh Malerman’s novella collection titled Goblin. Terrific writing. His use of language and sentence structure is magical. I highly recommend this collection. His novella, A Man in Pieces will stay with you for a long time to come. I just started The Samhanach by Lisa Morton, a wonderfully creepy tale that suits the season. I’m reading it just before lights out — a great way to end my busy days.

Do you think horror seems better suited than other genres for addressing certain elements of the human condition, especially the darker elements?

I think my answers to the above question regarding the production of meaningful political and social commentary bleed over here a bit. Certainly, any area of deep introspection is fertile ground for horror. Are we as individuals good? Or not. Are we altruistic? Or not. And can the answers to those questions change depending on the circumstances? Consider the character of Negan on The Walking Dead. He has made some impassioned, extraordinarily well-written speeches wherein he argued that he is not so different from the group’s leader, Rick. Situational morality produces the potential for outstanding horror.

Horror has long been a staple of American culture. You could argue that it’s bigger now than it’s ever been. What do you think draws audiences to horror?

Horror has always been big, but yes, I think it’s on the rise. Online/digital access to stories is less expensive and immediate. I think people love to feel fearful IF they know that it’s only temporary. It’s fun for readers to escape into a horrifying story, knowing once they take that long, unsettling ride, they will emerge safe and sound. Horror creates a vehicle that helps both writers and readers work out their personal demons.

Even today, horror is still male-dominated. We’re seeing some progress, I think, but not enough. What do think we can do to shatter the male dominance of the genre?

There are more and more female horror authors every day. Let’s not forget that Mary Shelley wrote Frankenstein two hundred years ago. And what about Shirley Jackson, or Joyce Carol Oates, or Gemma Files, or Nancy Holder, and Laurell K. Hamilton? Women can go dark. Really dark. Always could, and always will.

If a reader is looking for some shining examples of horror written exclusively by emerging female authors, they should check out Killing It Softly published by Digital Fiction Publishing. Over 400 hundred pages of magnificent, creepy tales. The second volume of this collection will be out in a week or two.

The only way to shatter the glass ceiling is to have more and more females write more and more horror. Many publishers are opening calls exclusively to women. I think we’re on the right road.

What can women bring to the genre that men can’t? Or is this question just a silly binary way of thinking?

Men and women are not wired the same, so there’s always room for differences in their writing. It may be easier for women to build empathy into a story, but it’s nothing good male authors haven’t done before. It’s been the male/female tagging that leads a lot of authors, including me, to use initials in my horror byline. Let’s just be a bunch of writers instead of male and female writers.

What advice would you give little girls or women thinking about leaping into the horror genre?

First of all READ horror. See what’s out there. Then, come on in, the water’s fine! Write your stories, send them in, take your lumps, learn from them, and grow a thick skin lest you get disheartened. Get into a strong writing group. Take classes, go to genre-specific conferences, and listen to those with more experience than you. Chances are if you get the same feedback from two people it’s probably on point. Take advantage of the groups of professionals who are available to help you. I belong to the HWA and it’s the best move I could have ever made. Their mentorship program is amazing.

And last but not least, when you have the chance, please, pay it forward.
Click here to see the works of H.R. Boldwood at Amazon or here to visit Boldwood’s official website.

Upcoming October 2017 publications include: Killing It Softly 2 by Digital Fiction Publishing and Saturnalia by Hyperion and Theia.

H.R. Boldwood can sometimes be found writing as Mary Ann Back, whose collection of short stories Dead Reckoning, published by Grey Wolfe Publishing. Books available upon request at hrboldwood[at]gmail[dot]com. You can also contact H.R. Boldwood at that address.