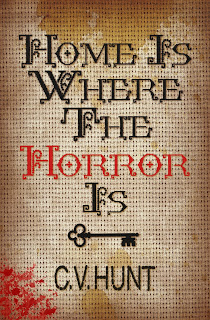 Darkness lingers everywhere in this world. One way or the other, it will find you. Some of us are prepared for it while it blindsides others. The world itself is dark, filled with strange and perverse creatures. The strangest of which? Humans. While we each struggle with our existential slumbers, we try to make the most of it. Sometimes we’re lead to the light; at other times, chaos.

Evan Lansing is down on his luck. His passion for photography leaves little time for work, putting the burden making ends meet on his girlfriend, Naomi. Sure, he works part-time but he doesn’t make enough to help ease the burden. He wants the life of an artist, of a photographer specializing in scarred and deformed bodies.

His luck nosedives when Naomi breaks up with him. He moves in with his brother but his overbearing sister-in-law inspires him to get out as fast as he can. His mother recently died and left a cabin in the country. In need of repairs, the cabin sits and waits for improvements before Evan and his brother can put it on the market. To flee his sister-in-law, Evan volunteers to live in the cabin and work on it. Then the strangeness begins. He meets an odd set of neighbors who both repulse and fascinate him. But the strangeness, oh the strangeness lingers, always on the edge, always ready to change everything.

Home is Where the Horror Is doesn’t feel the need to launch the reader on a breakneck course. Instead, it takes its time, focusing on character while integrating concept slowly, leave patterns in weave: the image starts are incomprehensible lines, but you understand the entire image when it’s completed.

In the language of horror, this novel finds a syntax somewhere between meticulous and subliminal. Imagery pops in and out of—at times—mundane scenes. Like a flash, a few frames of madness spliced into a banal film, the tension explodes, then breaks and vanishes.

As Evan works to establish a new routine, one away from the city and Naomi, a sense of creeping darkness lingers. This darkness is the result of violence and terror only glimpsed, at times almost non-consciously recognized.

In a sense, Home is Where the Horror Is traces the deconstruction of a fragile mind. Instead of shattering Evan’s psyche in one blow, however, author C.V. Hunt chips away at it with a chisel forged from darkness, ambiguity, and an implicit awareness of the coming unknown—the title itself reminds us not to accept this book as a slice of life or a bildungsroman. Something lurks deep within Evan, his history and environment, and the book itself.

Of course, vagueness here is intentional. With a novel such as this, revealing too much, even implying too much, is tantamount to sin. Instead of focusing on the story, let’s examine its mechanics and effects, which reveal the depths of Hunt’s craft.

The narration in the first person offers insights into Evan’s character, but, crucially, it conceals and obscures things from him. As reader’s, we’re adept at making certain deductions and assumptions. In a meticulously paced story such as this, the first person mode serves the reader as well as the writer. How could we sense a degree of tension—slowly building—and feel its psychological effects if a third person omniscient narrator held our hands and showed us more than Hunt’s willing to reveal? That method of narration would have radically changed the dynamics of this novel, turning it into a plodding story too long and too distant.

The prose, well crafted, helps establish Evan. Sometimes sentences are long, with few commas. Sometimes they’re brief, staccato-like. Sometimes the prose mirrors the clarity of flashbacks or the ambiguity of memories. Ultimately, as with all good first-person fiction, the prose tells introduces us to the narrator’s psychological makeup. Here, Hunt’s prose introduces us to a psyche both interested in the past, present, and future but he’s also persuaded by an ideal life, one free of confusion and indecision.

Home is Where the Horror Is, at its core, as much of a psychology thriller and character study than it is a horror novel. By the end, you know exactly what kind of novel it is, but you question its place in the genre, and even the title, on your destination to the final pages. But when you close, the book, however, you know exactly what kind of book this is: a character studying slowly building to darkness, perversity, and violence—which comes in many forms. It’s definitely worth checking out.

Please share this article if you liked it. And consider taking a moment to check out my GoFundMe campaign, which you can read more about here. 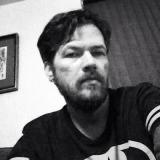