Peggy Christie began writing horror in 1999. A member of the Great Lakes Association of Horror Writers, she’s written novels and short stories, including The Vessel and Hell Hath No Fury.

Her stories have appeared in several publications, such as Sinister Tales, Black Ink Horror, Necrotic Tissue, Elements of Horror, and more.

The daughter of a printer, a man with a wicked sense of humor and a big heart, she says, Peggy embodies horror artistry by combining her passion for horror with the craft of a seasoned professional.

To celebrate the month of Halloween, I decided to interview her as the first in an installment of Women of Horror.

Tell us about yourself: when did you start writing?

I loved creative writing when it started in 6th grade. But as I wrote some pretty gruesome stuff back then, my teacher told me I couldn’t do it anymore. So, I stopped. But when I hit 30 and had a particularly bad day at work, I wrote a short story as a form of therapy and I’ve been hooked ever since!

What drew you to horror?
I’ve always loved horror, even as a little 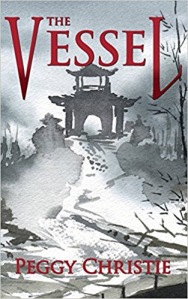 kid. I loved watching Creature Feature and Sir Graves Ghastly every Saturday afternoon. All those Roger Corman/Hammer films, Christopher Lee, Peter Cushing, and of course, my first love, Vincent Price, kept me enraptured for those few hours they were on TV. I always wanted more.

Do you think horror has the potential to produce meaningful social or political commentary?

I think they already do. Any creative platform has that potential. Take films like The Purge or Get Out for example. While I didn’t enjoy these particular films, they definitely speak to the horrors of the ‘hive mind’, man’s inherent love of great violence, and racism. They Live is a classic example about the mindlessness of greed, over-consumption, and how much importance we put on appearance. Look at the horror/dark sci-fi films of the 40s-60s. Those allowed people to voice their fears about the atomic bomb and nuclear war.

Who are some writers and books—or even directors and films—that have influenced you?

Dean Koontz was probably my first love as far as authors go. His book, Phantoms, scared the be-jesus out of me. Bentley Little is also a fantastic writer who somehow manages to twist his stories two or three times so you never know what’s coming. The Association is a particularly fucked up story (in the best way possible). Anyone who’s ever lived in a condo or complex with an association will understand!

What are you currently reading?

I’m a super slow reader so I’m still reading a book I started months ago. Smoke Gets in Your Eyes: And Other Lessons from the Crematory by Caitlin Doughty. But I also discovered a YA series of books called Skullduggery Pleasant by Derek Landy about a skeleton detective and a young girl. It really surprised me!

Do you think horror seems better suited than other genres for addressing certain elements of the human condition, especially the darker elements?

Any genre has this potential (hence the black or dark comedy category) but horror is naturally inclined to point out the darkness in people. It doesn’t use humor to deflect or relieve the tension when things hit too close to home. Horror doesn’t back off. Sometimes we need that chainsaw to the throat to remind us that not everything can be resolved with a good guffaw, hot cocoa, or a ride off into the sunset. Sometimes things CAN’T be resolved at all and horror isn’t afraid to tell us that truth.

Horror has long been a staple of American culture. You could argue that it’s bigger now than it’s ever been. What do you think draws audiences to horror?

Generally speaking, I think horror draws people in for the ‘safe’ scare. We know what’s happening on the screen or the pages allows us to be the voyeurs and not the victims. And let’s face it. As a race, we humans LOVE to see others in distress. The Germans have a great word for it – schadenfreude. If the stories are done well, we can put ourselves in harm’s way without actually getting hurt.

Even today, horror is still male-dominated We’re seeing some progress, I think, but not enough. What do think we can do to shatter the male dominance of the genre?

Look, human evolution is a sloooooow process but I do think there are two main things we can do. One is to educate people about women who have made or are making great strides in this industry. Some people may not know that Near Dark, Ravenous, Buffy the Vampire Slayer, and The Babadook were directed by women (Babadook also written by a woman). They may not even think about the fact that the final girl was more than just lucky to survive – she was smart and strong.

The second thing we can do is KEEP DOING WHAT WE’RE DOING. Show society that we aren’t just going to hang out in the kitchen making sandwiches for the menfolk. We’re going to get our hands bloody and have a shit ton of fun while we do it – as do it well.

What can women bring to the genre that men can’t? Or is this question just a silly binary way of thinking?

To answer the second question first, yes and no. If we could stop looking at authors and directors in gender terms and just seem them as creators, that would make HUGE strides in the industry. Why do we look at a woman writer or director and say, “good for her” when we don’t do that for men? Can’t we just say, “that writer is 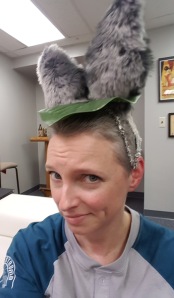 good/bad” or “that director is good/bad”? This is what leads to pen names or abbreviations of first names so the public won’t know if a man or woman is at the helm.

The other part of that is men and women are different so naturally we have different abilities and contributions. I personally think women are a hell of a lot more vindictive and conniving in ways men can’t even fathom. And because of the still persistent misogyny and inequality in many aspects of life, women have different perspectives to offer.

What advice would you give little girls or women thinking about leaping into the horror genre?

Do it with both feet or don’t do it at all. I don’t consider myself a feminist in any way but the truth is women do have to work a little harder to prove themselves in a lot of industries. So, if this is something you want, you truly need to pour everything you’ve got into it. Be prepared for backlash and failure but if you love horror, it’s worth it.

Peggy’s latest novel, The Vessel, is out now. Click here to buy it.

You can find her other books on her Amazon Page.