A thorn bush bloomed in my skull.

Vines sprouted inside my brain.

They spread throughout my body—their thorns, razor-sharp, tore into my muscles and threatened to deglove me—as fragments of light sparkled and devoured me.

Bugs, or, worse, creatures whose existence had eluded us, crawled across my skin and burrowed into my temples. They danced and stretched a rope from temple to temple, and tried to pull them inward, tried to collapse my skull.

I wanted to scream, couldn’t.

I wanted to dig my fingernails into my skull and remove them one by one.

I tapped my temple in search of a hole. 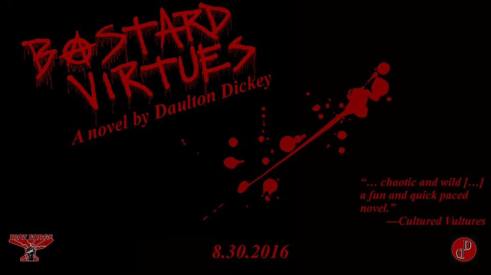 Why hadn’t the words come out?

Why hadn’t I made a sound?

Had my motors skills atrophied?

What the hell is this place?

Why the fuck are we doing this?

Although certain I’d transformed my thoughts into coherent chatter, the expressions from strangers and dealers told me otherwise. Wide or squinted eyes, open mouths or frowns—everyone broadcast a response.

What had I said?

Maybe they were fucked up and I was normal.

I warned Gummo about them, told him we’d wandered into a den of freaks and deviants.

He shook his head and mumbled something about understanding.

—Something blurg blah, he said. Or seemed to: his lips hadn’t moved. Or had they?

He laughed and jerked his head.

Sweat rained down his face. Spasms seized his arms and hands.

I viewed the world as if through a camera mounted on the back of a bee. It floated to the ceiling, then carpet, to walls, then focused on stragglers, who eyed us or thumbed their noses or ignored us.

Their faces rippled like a pond in the wake of a skipping rock.

Lights spun, buzzers sounded, men and women flowed around us.

We paced through the bowels of some kind of beast, a monster evolved to trap people, to poison their minds.

This monster, this fucking behemoth, corrupted people, and …

Oh god, it would corrupt us, too.

People watched us. Their eyes twisted and spun.

Someone screamed: —Their eyes are spirals.

—I didn’t say anything.

The monster had devoured more people. They filled rows of seats at tables and slot machines.

Had the fucking monster killed them?

A drunk stumbled into Gummo.

He backed away, mumbling something.

Or was he sober?

—We’re in a bad place, Gummo said. —The room’s closing in on us. Feel it? We shouldn’t be here. This isn’t worth it. Oh fuck. Jesus. Screw our homage, or whatever. Screw everything. He pointed to a wall.   —Jesus Christ. Do you see that? I’ve got to … I must …

He stopped at a blackjack table and stared at the dealer.

She stiffened her back, glanced side to side.

Why didn’t she move her fucking head?

Was she a robot?

Some sort of automaton?

Gummo leaned into me, whispered, —Look at her eyes, man. She’s hatching some kind of goddamn conspiracy.

Was she a conspirator?

He was getting in my head, fucking with me, corrupting my mind.

I had to wrest control—from Gummo, from the drugs, from everything.

Was she planning something?

—Shut up, I said. —You’ll ruin everything.

Gummo narrowed his eyes and shook his head. 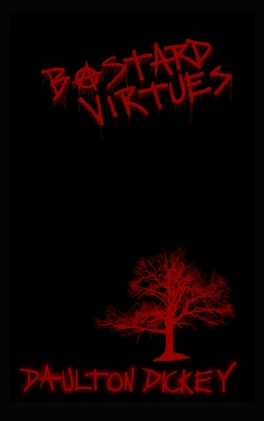 Couldn’t the bastard understand me?

I curled my eyebrows at the blackjack dealer, hoping to convey innocence and despair. She broke eye contact with me and thumbed a poker chip.

I tried to speak again. Neither Gummo nor the dealer seemed to understand me. Why didn’t anyone understand me?

The dealer glanced around the room, seeming to search for help.

Or an escape route.

My words achieved clarity. Even I sensed the distinction: they were no longer muddled or garbled.

The blackjack dealer had flinched when I shouted. She’d nearly toppled over a velvet rope quarantining the backside of the card table.

Now her eyes swirled. Then her face.

I feigned laughter and dropped into a chair.

—You should get that looked at, I said. —It could be fatal.

He dropped his voucher onto the table. I clutched mine, coveting it as if Julius Caesar himself had autographed it. Gummo gritted his teeth and pried it from my hands. I sort of whined and tried to pull it away, but he yanked it from me.

The blackjack dealer held both vouchers up to the light, searching for watermarks.

But I swung my arm up and out, dismissing him.

The dealer slid the vouchers into a slot and offered something resembling a smile as she slid twenty blue and red chips across the table.

We played a hand, lost.

I shushed him. He punched my arm and slapped the table and mumbled something about punishing cheaters in the Wild West.

—Ignore him, I said. —He ate some bad fish or something. I think it’s gutting his brain.

Christ, what an image.

—Come on. Fuck, Gummo said, to the dealer. —We playing or what?

I grabbed the back of his neck and squeezed. He arched his back, retracted his spine, and curled his wrists and fingers—mirroring a man in a vegetative state.

—You’re going to fuck this up.

A man wearing a Hawaiian shirt took a seat beside Gummo. A digital camera dangled from a cord on his wrist.

—How much’s the minimum? he said.

The dealer pointed to a sign. Hadn’t they programmed her to speak? The monsters.

Hawaiian Shirt glanced at the dealer.

—So where is she?

He pointed to a row of slot machines. —Back there. Somewhere.

—Tell her to come over here.

—I need someone to sit on my face.

—Knock it off, I said. —I swear I’ll slice off your fucking face and feed it to a paper shredder.

Another fucked up image.

I could almost picture it.

It, too, nauseated me.

He laughed. Cackled, really. Rage seized me. I grabbed a fistful of his hair and slammed his face onto the blackjack table.

The sum—his face + the table—produced an earsplitting thud, which seemed to resonate throughout the casino.

Blood had exploded from Gummo’s nose. Now it expanded across his mouth and chin, a sort of liquefied Van Dyke.

—You motherfucker, he said.