Ladies and gentlemen, boys and girls, step into any bookstore or library and you’re bound to discover at least one book professing to be capital-t the underscored book to learn how to write a book that publishers and agents and readers and Hollywood producers and the Dalai Lama and maybe the Pope or some low-rent Mafioso will recognize and idolize and adore. Fiction, according to the reality in which these writers write, is an algorithm. Replace variables with values and, viola, book is done. Sale is imminent.

And that might work for some people. But if you have any ambition and integrity, then you should buy or borrow that book, tear out each and every page, and use those pages to roll cigarettes or joints. Smoke that inhales the words fermenting on the pages. Those rules are better to inhale and exhale, they’re better as permanent scars on your lungs, than they are to absorb and incorporate into your writing.

Which leads to a question: How do we invent new forms of storytelling?

Embrace irrational and illogical thinking. Eschew aesthetic considerations. Beauty is easy. Ugliness is harder. To break aesthetics, you must deprogram yourself, you must write in a way that allows the automatic process of writing—or typing—to take over. What psychologists and the surrealists call automatic writing. See what’s in that skull of yours, unhindered, uncensored. And don’t disregard it if it’s ugly.

An uninhibited person is the most interesting exemplar of the subset of humans we call writers.

Not every experiment will yield results. Most experiments will produce useless shite. It’s like the old cliché of searching for a needle in a haystack, only we’re taking a fucking torch to the haystack, and we’ll melt the needle down when we find it and bend it into different shapes. So if your first few experiments fail to lead to something useful, then don’t surrender and slip back into the algorithm of fiction. Instead, keep writing. Keep experimenting. To find your voice, your true voice, the voice that b 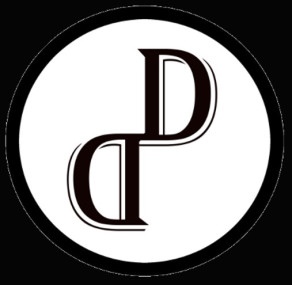 elongs solely to you, you must metaphorically murder your influences and shred the foundations on which their books are built.

Abandon your influences and seek out new ones. Seek out new books that excite you, that force the true you out of its slumber.

Which leads to a Strange Interlude:

I’m sitting in a hall of mirrors, surrounding by hundreds of thousands of mes, all smoking, all staring ahead, all dead-eyed and tired and pushing smoke through their mouths and noses. Across from me is the me staring back at me. He smokes when I smoke, inhales when I inhale, disappears for a nanosecond when I blink—but, presumably, he blinks, too. He’s watching me, the smoker. Mimicking and mocking me. Fuck him. I wink, keep one eye closed. He does the same.

I’ve been sitting here for hours, writing in my mind, without the aid of paper, taking the time only to smoke and to examine myself, and now that I watch the me staring back at me’s liquefied eyeball pooling in front of him, I get a sense of what it must feel like to shift your sense of self, to consciously alter it.

His eye socket is now empty. He takes another drag from his cigarette and blows the smoke out of his nose. He’s sitting Lotus-Style, flicking the ashes on the floor beside him. In front of him, near his left knee, the pool of liquefied eyeball ripples again. It ripples. Then it protrudes—outward, outward, taking the shape of a fetus, then a child and toddler, then a teenager, and now an adult.

But this isn’t a human, per se. It’s more like … It’s shaped like a human, and if you were to judge it based only on its shadow cast on a wall, you’d declare it human. But it’s different somehow, comforting somehow: instead of skin, it’s covered in one eyeball, stretched to cover its entire body, including its head. The eye-me swivels toward me—is it looking in the mirror or is it looking at me?—and raises its chin.

When you discover a useful bit through experimentation, allow it only into your literary tool box until you’ve exhausted it.

In short, creative acts shouldn’t be expressions of a single self; instead, they should constitute an intermittent yet continual metaphorical suicide—an act that kills an old sense of self yields a new sense of self, a new kind of writer who produces new kinds of stories.